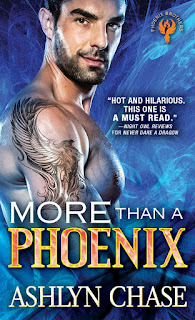 “Ashlyn Chase gives readers more than a shifter romance with this fantastic paranormal romance. I’ve been waiting to read the latest story from this author and due to her previous successes I had extremely high hopes. My expectations with each book get higher and higher and not only were they reached, they were exceeded. Not only did I get one fabulous love story but I got two in this fantastic adventure.
Brothers Dante and Noah Fierro are more than brothers, they are best friends and roommates. While there are similarities, including the fact that they are both phoenix shifters, Dante is the more easygoing and Noah is a bit of a hot head. The bond between them and the rest of their family is beautiful. It was a little hard to see the two of them not getting along as they both dealt with their feelings for the new women in their lives. Both Mallory Summers and Dr. Kizzy Samuels are fascinating, strong women with extremely complicated issues in their life. Watching them deal with not only their paranormal problems but with the addition of the sexy firefighters was a definite treat.
It was a pleasure catching up with characters from previous stories as they have all made a special place in my heart. This story had it all; mystery, adventure, heat, and heart. I laughed, I cried, I held my breath and I blushed and in the end I was left smiling and waiting for the next magical adventure.
The Story: Supernatural secrets come into play when two firefighter phoenix shifters meet their mates. Dante Fierro had a crush on Mallory Summers in school but he always felt out of her league. She’s been experiencing some strange occurrences lately, including talking to dead people and turning into a monkey at inappropriate times. The only person who doesn’t seem to think she is crazy is Dante. While helping his brother, Noah comes across Dr. Kizzy Samuels and the sparks fly but while the attraction seems to be mutual she’s put a hold on anything. Both Fierro brothers are determined to convince the women in their lives that they can handle the present and long for a future.”


Cover reveal! Book 3 in the Phoenix Brothers series:
Book 1 is available now. http://www.books2read.com/HookedonaPhoenix AND guess what? My publisher put it on sale for a limited time! Get it now for $1.99!
Book 2 is coming out 9/25 and can be preordered now! http://www.books2read.com/MorethanaPhoenix
And here's the cover for book 3! A Phoenix is Forever is slated for an early spring release. I love my Fierro brothers! This one can be preorderd soon. 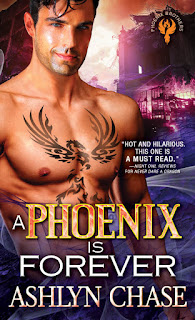 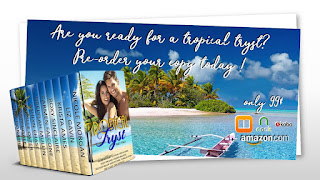 Wow! September is shaping up to be an awesome month for avid readers! And, of course, me too!