Writing with a partner

My writing partner and I were back-up speakers for today's RWA meeting. Since the original speaker is coming, we're off the hook. However, since loads of people have asked us about writing together, I thought I'd share a bit of what I would have said.

If you're think about writing with a partner:
First of all, you really have to know the person's voice and writing style will mesh with yours. (Just now I made a typo and wrote 'mess' instead of mesh.) LOL. Yeah, if you don't mesh, prepare to have the whole process mesh with your head and get you all meshed up. (Sorry, I love funny typos.)

But seriously now...how do Dalton and I do it? First of all we have different strengths and utilize those. She has a better handle on a guy's POV (having lived with 5 of them!) I guess my strength is speed.

I'm a linear writer and she's what's called a puzzler. I lay down the road in a fast and dirty rough first draft, then she comes along after me, fills in the plot holes and smoothes everything over. We're quite the construction crew! LOL.

If I get stuck, I can call on her for help. If she sees an opportunity I missed in the first run-through, she'll expand on it. If I second guess something, I can hand it off to her and she can give it a fresh look.

For me, it's like having a critique partner who doesn't slow you down. The manuscript just gets magically better while I'm off bulldozing our the way to the end.

We've written two stories this way so far.
The first one, Love Cuffs, was unique. We employed the two main characters each giving their own first person points of view on the same story. Dalton wrote the hero's point of view, and of course she did it much better than I could have!

In Love Cuffs, I began with the heroine's story in my comedic voice. At the end of my chapter it was Dalton's turn...but how do you tell another person's take on the same events? Simple. We invented Chapter One and a half. Then Two and a half, and on and on until the epilogue. (You didn't think I'd let the hero have the last word did you?) LOL

Our second book was written in third person and we both worked on the whole manuscript. This time, Dalton not only improved the hero, but she gave him a unique Italian syntax and researched bits of the language we could use which would be easily understood from context. We just finished edits and received our release date. YAY! It's called Strokes and won't be available until Aug of 2010, so I'll remind you later.

Honestly, we'll probably have more books written together in the future because we both benefit from the partnership. Dalton might not have as many books with her wonderful voice to offer if I didn't "speed her up" and mine might not be as rich or even finished since sometimes I hit a wall and just toss a book to the side of the road. But if I let her come by later and knock down that wall, I'm very glad I did.

I have two books going now. One has hit a wall, and even though I know exactly where it's going, I need her to bring the excavator and dig me a pass through what looks like a mountain right now. The other one, I'm slogging through by myself.

If anyone thought writing was easy, let me be the one to tell you, it's not! But finding the right writing partner can make it a little easier.

Thanks, Dalton! I know you've sung my praises in other blogs. It's about time I returned the favor. You're awesome!

Ash
Posted by Hot Ash Romance Novels at 8:23 AM 9 comments: 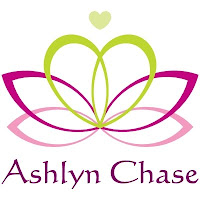 All the publicists and editors will tell you that you have to create your "brand."

Did I take that one step too far by getting my logo tatooed on my chest?

LOL. Um, maybe. But be that as it may, I have a wonderful time creating promos and little things for readers to remember me by. When I had a logo created for me, I went a little "Logo loco." I created an on-line store with dozens of products bearing my logo.

And today, I just learned that if you see the design you want on a mug, but you want it on a t-shirt, they'll put it on a t-shirt for you! So, for your procrastinating pleasure, here's my store window. Browse to your heart's content.

And if you'd like me to upload one of my gorgeous bookcovers onto a product for you, just say the word, I'll be happy to!

What they mean when they talk about your brand is your "style." Some way for your readers to recognize you and something to make you stand apart from the competition.
Burberry has that signature check pattern. Authors have their "voice."

Most of my readers know my "thing" is hot comedy. I always have at least one character who gives voice to all the absurdities a civilized person might think but is too polite to say. It's very freeing. Recently, my editor said that the character I picked to be that voice was "kind of a jerk." I laughed and said, "Yup." Then I thought about how I wrote it and said, "Hey! LOL.

Oh well. I guess I can be a bit of an Ash at times.
Posted by Hot Ash Romance Novels at 1:42 PM 4 comments: